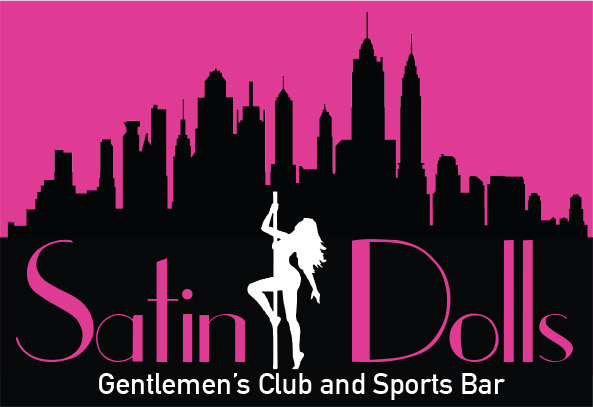 When I paid them 13$ for the cover they didn’t return me 5$ even though they said the cover was gonna be 8$, the performer asked me to go inside with her and started dancing shirtless and flirted me without even having my permission and charged me 50$, even though the other performer told me it was gonna cost me 20$ per song. I thought I was gonna have fun in this place but I went out of it in a very bad mood.

Women are friendly got like 5 to 6 lap dances. Got a pass for two free Corona drinks I enjoyed my night. There a black Jamaican girl in there thats got a lot of spunk and personality. Look for her.

Beautiful girls everywhere. Veronika was amazing and friendly. Very happy I stopped in. Drinks seemed a bit lacking on the alcohol but the beauty in my lap had me far to distracted to care one bit.

Had a good visit tell sofia to call me !! Lol shes was beautiful real talk

Everybody there was surprisingly friendly. They had girls of all ethnicities and the clients were also diverse, everybody having a good time. I went with a friend and were treated well despite being 19 and 18. We paid $40 cover charge for being under 21, but it was worth it for my first time. Girls let me touch and were very skilled dancers and confident. Just watch the time and the song so you dont get ripped off

BEWARE! STAY AWAY!DO NOT. Absolutely, DO NOT go to this club. I went here last night, friday night. This establishment engages its customers in a shakedown scam. My experience at Satin Dolls was one of the scariest experiences of my life. Satin Dolls is a criminal enterprise and its quite shocking that the New York Police Department as well as the prosectors office permits such a criminal operation. Truly, it is bewildering that the one of the many citys regulation agencies has not shut down this criminal organization.I was given a bill and told to pay it. When I questioned the bill I received and told the waitress who provided me with that bill that it was not mine and furthermore it was not possible to have placed so many orders within the short time frame I was at the club I was met with threats and told I may not leave. I told the waitress several times that I wished to leave as she was blocking me from moving, to which she responded I may not until I paid the bill which was not mine. I asked her if I was being detained. The waitress responded that I was. I told the waitress that I was going to call the police. The waitress then threatened me that if I called the police she was going to tell them that I had assaulted her. I told the waitress that since she was detaining me, I had no other choice but to call the police and I began speaking with the emergency operator. After this the waitress had several of the bouncers come over, slam me against the wall and grab me and throw me out of the club, to the protests of fellow patrons not to hurt me. I was grateful to be out of the club. Immediately I went to the police working the beat outside the club. I spoke to them regarding this situation and they informed me that this is a popular shakedown scam that they run at this joint, targeting individuals who appear to be alone. They said that they would arrest the waitress and the two bouncers who became violent with me but that waitress will claim that I assaulted her so that I would have to be arrested too before it can be sorted out in court. DO NOT go to Satin Dolls.

Had a great time, really nice.

Though not very big, the staff is very nice and from my experience, no one is trying to nickel and dime you for everything which is a nice change a pace compared to other clubs. Ill enjoy my next visit.

This place is underrated stopped by today and had an amazing time the dancers are great met a dancer from the last time i was here a year ago and she has not lost a step. This will be my go to spot in nyc. No other spot in this city compares trust me

It’s a nice spot to go to see beautiful girls and listen to good music especially on Tuesday,Friday,and Saturday days 12-8pm happy hour is from 12-6pm drinks are half price and the bartenders are on point and pretty you should definitely go if you’re around 8th Avenue between 43rd and 44th street.

Went to see if the place is awful as the reviews says.Unfortunately, The place is small. Feels like scam since you get a card outside promising you free entrance if you buy a drink.In reality, you pay 25$ to get in. If you ask for vodka you need to pay more!This is your free.Now for the girls, this place needs ASAP upgrade.I wont come back.If you like to spend good money on low quality, this place is for you :)

Prepare yourself to be peddled for tips at every corner, so much that you wont be able to actually watch the pole dancers. For a good time, tip the cover fee, tip for changing big bills to smaller ones, tip every girl who comes to sit beside you, and tip the atm $10 for a withdrawal.The decor was nice.

Horrible! Don’t go here !im came in with my girlfriend and was told I needed a man to go in with us!!!! They don’t allow two girls so if u don’t have a man I guess it hurts men’s pride that a girl can be more attracted to the girls then them!!! Men sorry we couldn’t come in cus it hurts ur egossss sadddddd for u!

Friendly staff and owner is super friendly and outgoing. Girls are sweet and bartender is friendly. Looking for fun look no further.

Needs better dancera that are not so stuck up.Need to be more out going .

For a new club, this place seems to have it all. In NY, Rarely are the majority of the dancers hot but the night i was there - it happened to be true. Cool atmosphere & bar. didnt stay long but had a great time while i was there.

Lovely women... Awesome Decor.. Great Prices on Drinks and Centrally Located in NYc so you are never to far from MSG to pregame for... Will be back..

Was staying at the row Nyc across the street and thought I’d come check this place out I was in there for about 5 minutes before being pickpocketed the manager said he’d review it but after sitting there for an hour I left it was only 140$ but it was the principle what if it had been my wallet. With my credentials and business cards what if it’s your wallet what if you come here and get pickpocketed and hit with fraud or get blackmailed by someone with your info I’d go somewhere else before coming here this is dangerous establishment and overpriced

They steal your money... bad custemr service dont ever go there!!!

If I could give it a Zero star I would. Complete waste of time. Visiting from Tampa and I was expecting a grand experience in the Big Apple. This place needs an upgrade on girls.

Its a really small place you can barely get a lap dance because its a round couch so you might have to wait for a seat if its packed and the rooms are only for private rooms also the private rooms is jus a tease dont take it also its really expensive so jus get a lap dance and you have to buy a drink once u get in so 20 to get in an about 16 for a drink ALOT OF BEAUTIFUL WOMEN THOU!AND WATCH OUT NO TOUCHING!

They have the best looking Strippers with the perfect body