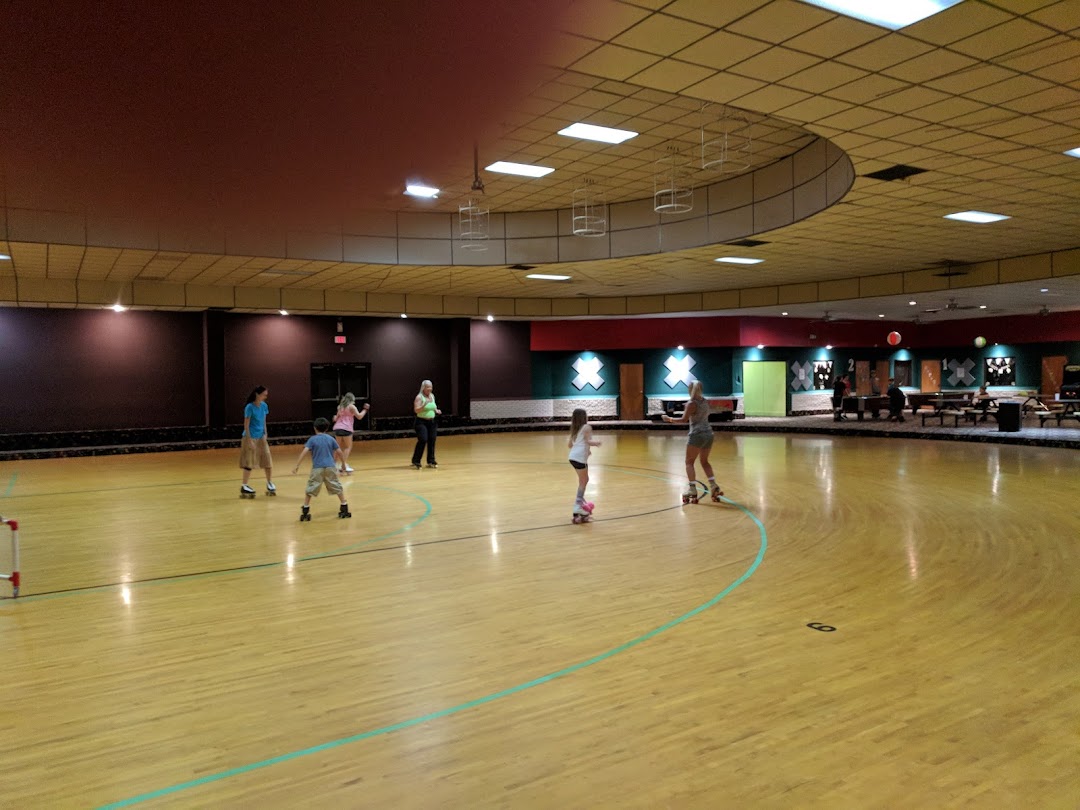 Hate tonight was the last night it we Ill be open

A classic roller rink. It is generally not crowded. Been to a few birthday parties here and the pizza is above average. The staff is friendly and helpful. Last time we went all their trainers were broken.

We love Odyssey Skate Center! They allow HOPE Christian Academy to host a Homeschool Skate party on the 1st & 3rd Friday of each month. They keep the music squeaky clean, and the staff is super helpful!I also used Odyssey Skate Center for my sons graduation party. Their parties are reasonably priced and a TON of fun!

Best roller skating rink in the whole world. So sad to see it go

I loved my nieces birthday party at Odyssey Skate Center. The rink and facility is well-maintained. Staff is very friendly and helpful. I like that they gladly take song requests. Prices are very reasonable too.Great family fun!

Went with my son for a birthday party not long ago and had a blast. Busted my butt a few times. That old vintage feel sent me right back to middle school back in the day.

Always a fun time.Great for birthday parties and you feel like your kids are safe with the employees..

A great place to skate and family fun.me and most of the family have skated here for years.djs are super and take all requests.and they do play rock-n-roll,other rinks will not.i highly recommend skate Odyssey center to all.

I love skating here, its the best

As you walk into Odyssey, it is exactly what you would expect from a typical skating rink. In fact, it is about as generic as the come; There doesnt seem to be any reason to choose this rink over another unless you are geographically close.What really differentiates a skating rink is typically 2 things. Quality of the staff, and quality of the skates/rink (which are very closely correlated and are an overall sign of maintenance standards).The Staff: Excellent manager but an apathetic staff. As I went to rent my skates I had to wait for the manager (who had just sold me entrance tickets) to come to the back and give me skates. Which is no particular deal, places like these typically run a skeleton staff of 2-3 (one for tickets, rentals, snack bar). As I found out later however there are 5 individuals (younger folks of course, between 16-25) all of whom were gossiping at the snack bar (to the point I did not even know they worked there until I went looking for someone). Not only that, but one women behind the counter working the snack bar had her 2 children with her. Which is understandable in a lot of situations, and if the job allows it I for one think its rather a nice family experience on occasion. But it wasnt that their were children; it wasnt that the children were obviously distracting her from taking my simple order, it was that the kids had their hands in everything! From the floor, to the cups, to the food. Needless to say I stuck with a water bottle.As for the other workers, It didnt seem like they really did anything at all. They didnt give out skates, they didnt take orders and I had to basically chase one down to return the skates and get my shoes back. I seemed to me the problem with too many employees at a place like this, is that everyone one of them thinks oh someone else can do that, I dont need to. And since they all feel that way, nothing gets done. I saw the manager working most every vital job there himself. From selling tickets to renting out/collecting skates and even watching for and addressing safety issues on the rink. Again, excellent manager, apathetic staff.Skates/Rink: When you rent skates, you really shouldnt expect much, that is just a fact. Rentals are usually old, worn, and built for longevity, not comfort. I never expect much, but I do expect the wheels to be decently oiled, and the laces to match, which I did not receive. There was so much hair in one of the bearings that the wheel wouldnt turn and it had to be picked out (by the manager of course). After which the wheels would role, but not how you would expect on any decently maintained skate, rental or not.Laces are not something you typically think about, except when the skates are laced completely differently (for different styles of skating). I was not going to have the manager do any more (He was already doing everyones job) and I was not about to take the 20 min to try and re-lace 3 ft of worn and torn lacing with frilled ends (talk about a pain in the butt). So I skated anyway. The loosely laced skate had too much give, even though I had them fully tightened, and on an inside power-switches it caused me to crash at full speed as the skates gave way. I dont mind wiping out, but I do mind when its because of something that should have not happened if the skates are simply laced properly, or even the same way. I have skated for many many years, in many different styles such as speed-skating and aggressive inline, and I know the importance of good skate maintenance, as well as proper lacing, for both pleasure and safety. This is something Odyssey could definitely improve upon.The Rink itself was quite adequate, well waxed and exactly what you would expect, which was great all things considered. My only complaint here is the general cleanliness of side rink. I was there at peak hours, and did not once see someone come out and wipe down the rink. I saw no less then three wet patches on the rink. This is a a serious safety problem on waxed wood.Thats my two cents, the choice is yours.

Had a great time but the young girl that works in the food area was a little rude towards me and the little girl with me and then rude again when she was supposed to be helping my son and I. Other then that one employee we had a great time and the other employees were wonderful and very helpful!

Always enjoy coming here with my niece and nephew. Sometimes the skates are a little sticky but they take song requests and are generally nice. Highly recommended!

The people who work here are as great as they come!! Service is amazing!

We love to throw our birthday parties and it is always a good time.

Awesome skating rink! The service was very good, and my 7 yr old had a blast there!

Largest rink in Huntsville by far. Great rental equipment beats competition hands down. Just a better all around experience versus the other places around town.

I have been going to this rink ever since it opened, my daughter group up going there and we have so many old and new friends from skating thete.

Very nice and very clean. The man who runs it is awesome

So sad it closed down.

Well I grew up going to this skating rink and have many fond memories of Skate Odyssey now that my child goes here I view it in a much different light! Mike the owner tries his best to keep an eye on everyone we are talking about teens and pre-teens! I havent really seen a problem with drugs here however it is a popular hookup spot for the kids so a little adult supervision is never a bad idea! Currently the police officer that used to sit up here no longer stays in the parking lot. While every parent worries about their children you can know they are pretty safe here. It might not hurt sending them out with a chastity belt however LOL

, it was really nice people were friendly handicap parking restrooms food it was a nice place

Took my grandkids there for a birthday party ... They had a blast ... Employees were great ... Should really go check them out ... Safe fun for all ;)

Afforadble fun for family and friends

I got kicked out for running,its sucks an they treat people different an honestly just dont go cause its bad tbh

Awesome place. I will be back

My first time going. Great pricing BUT I had some of the worst customer service. From giving me 1small napkin for a drink spill. To one guy accusing me of stealing a pair of skates because HE lost my shoes... i got a size 8 but they were too small. Went back to the window for a bigger size. Handed him the size 8 skates & he gave me a 9. Skated for about a hour then went to return them for my shoes. He brought me someone elses shoes. I told him those were not my shoes. He asked why my skates were in the wrong slot since those where not my shoes he handed me....like really...how would I know why they are in the wrong slot I dont work there. He then proceeded to ask me where were the skates I had the first time (which I handed him in order to get a bigger size) somehow my shoes ended up in the very back size 13 section. Terrible experience. Probably wont be going back or referring them to be honest.

We love going to Odyssey . Its great for family fun.

It was ok. This one employee was rude:(

It was ok.... the place needs some work. Its older.

Been going here a long time. Always a good time.

Kids had a blast!

I love this place i go there every friday and it so lit!!!

Place sucks. Prices are sky high. Cant walk outside for a split second and get back in without paying again even if you have a ristband that shows youve already paid. Played a game of pool on the pool table which didnt have all of the balls and a broken in half pool stick. Also if you decide to go here, just go ahead and eat before you get there....wish I could give 0 stars..

My son basically lives here! A little pricey but he loves it so what can I do haha

I love this place

Great music! Lots of fun for the kids!

They need to do some upgrading

You can skate and have issues and eat.

I loved this place