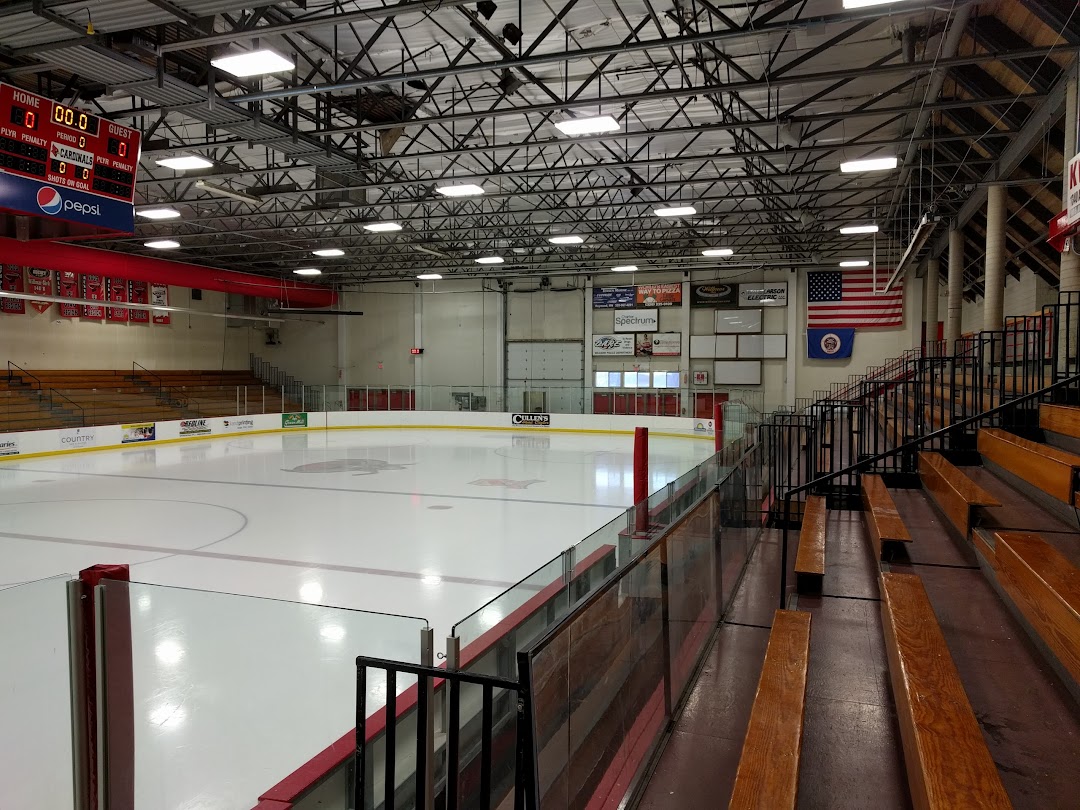 This is a nicely updated modern event center. The space is very flexible, Ive been to weddings, galas, trade shows and lots of other things and it always seems to work. Its nicely located downtown, easy to get to and with the new ramp there is a lot of parking.

I dont go to the civic center very often but today was special. A friend of mine invited me to the Diamond Edge Skating show and I really had a lot of great fun. The skaters were wonderful and very talented down to the little ones who performed...

Visited during refurbishment. Will be great.

The one star is for the great staff they worked hard to keep all the leaking of the floor.. rundown small locker rooms to bad would be a nice rink otherwise

Good location for the show

Decent small-town-America hockey arena. And our girls won the 10U tournament!

It has hockey its amazing

Great venue, great staff,clean all the time, love to work and travel there. As a exhibitor, they keep a standard there that ond can appreciate.#Mid-America

I love this arena.

Just a good place for a game

I really enjoy coming to this areana for Hockey games. It is a nice temperature to watch the game.From a visiting fan perspective it is setup pretty nice. Food vending and beverages. Second area for adult beverages.

Very nice hockey rink. My daughter and I had a great time.

The consession stand has found a way to place a regular taco into a small bag that allows you to walk around eating the taco while not appearing foolish or messy!

We came to see a hockey game here. Its a standard small town arena. No heat in the bleachers during hockey games so dress warm.

Great place to be

Really nice facility but wish they had food! Starving....

I was here for a city wide garage sale. Had many people selling there items. The place is big and clean. Restrooms were clean.

Weve been to the Civic Center from everything to an RV show to live hockey even a garage sale. They have concessions bathrooms a drinking fountain and a hallway that can joins the two separate hockey rinks

2 sheets of ice and friendly staff. Home of the willmar warhawks

Great facility to enjoy hockey and skating programs for all ages. Facility is growing and future improvements/updates on the way!

Wednesday & Thursday night curling at the Blue Line Arena. It doesnt get better than that!

Home show. Not many contractor representatives.

Inside yard sales donation to enter

My grandson is a warhawk