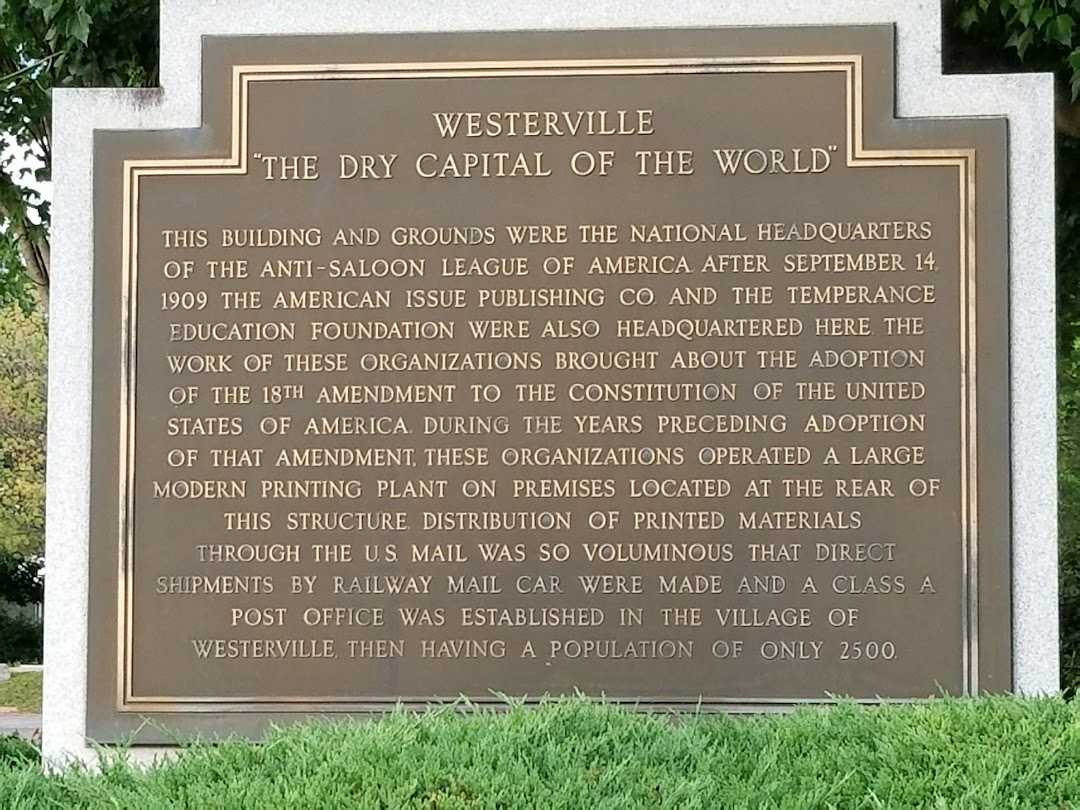 Nice place for Westervilles history but staffs were not friendly.

This place was a nice stop in an unknown city. Not quite the most astounding exhibit weve been to, but not insignificant. The title is a note found on a public sticky note tack board. The Ohio people are just as likely to leave memories as the museum itself!

Did you ever wonder why Westerville remained dry until just a few years ago? Not many people are aware the Prohibition movement began as a moral crusade right here in Ohio. In Oberlin, to be exact, but it moved to Westerville in 1893.Back in the late 19th century, the movement to make alcohol illegal was spawned in our very back yard. It was known as the Anti-Saloon League and its headquarters was moved to Westerville, and remained active from 1893 to 1933. National politics was influenced through the printed word and lobbying and eventually, Prohibition was enacted by Constitutional amendment. A truly amazing story.The League bequeathed an important collection of written material to the Westerville Public Library which houses the Anti-Saloon League Museum. It is open to the public Monday through Friday, 9:00am-6:00pm and by appointment.A very cool piece of national history in Westerville!

Wonderful place for history of Westerville.

This museum inside of the library is very informational on the history of Westerville.