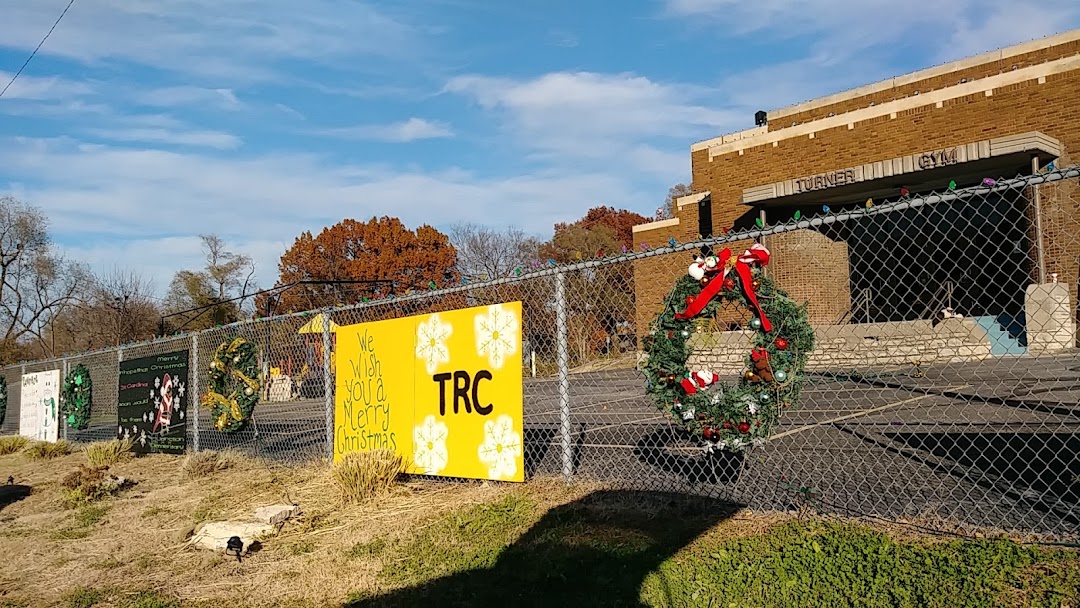 Just now getting back opened up. Been anxious to get back to yoga class and workout room. They met us at front door checked our temperature and welcomed us in. Place is very clean.

We really love this rec center! The Tuesday video-game time is a blast for my big kids— and the library has an adorable corner for my small ones. The staff is kind and generous; we always feel welcomed!

Their amature boxing fights are a joke! We are supposed to teach our children good sportsmanship but along with that sportsmanship we have to teach them to only accept something that they earned rather than something that was gave to them by taking from someone else. When their amature boxers should of lost 3 different times in one show but all won that tells me what i need to know. Altho most of their fighters are very talented. I give the rec center 2 big thumbs down

What a hidden treasure! Looking at turner Rec newsletter and saw the boxing program. I saw a familiar name, John Brown. This man without knowing it changed the direction of my life in the early 70s. He through his boxing program at the Parrish house taught me a work ethic , discipline, character, sportsmanship, and many other valuable life lessons that transcend just boxing! I KNEW my son would be in good hands. You see my son is autistic ( has autism). He was very nervous about someone “hitting him” but Tyler and John and Missy teach safety (defense) first and foremost. My little man has blossomed in work ethic at home , respect and confidence. They mold young boys and girls to be more, to aspire to be more, and equip them with the tools to be more in many areas of their lives outside of just boxing.Thank you Thank you Thank you! Sincerely Brandon Dockins

Don’t waste your time or money. They are extremely unorganized and unprofessional. We’ve never had a good experience with sports. The before and after school program is extremely unprofessional and no set schedule just chaos.

In January we signed my daughter up for a dance class. Today is March 1st. So far we have been through 3 teachers and 3 of the 4 classes in February were cancelled. They called me today and said that because I did not pay BEFORE march 1st that they are adding a $25 dollar late fee.True- I was late by 1 day.Response- The website doesnt allow you to pay online. You have to do it in person. When was I supposed to have paid that?Im waiting for them to call me back.....They said if I dont pay by 5pm today theyre dropping my daughter. Maybe thats okay. Other kiddos at her daycare go to a dance class in Bonner.....

Horrible the trainer at the gym has no regard for whos using the machines. I was using a machine and he just took it over.

Great place, my kids have done all kinds of programs there and the people are awesome. We love it there!

Really loved TRC weve gone there for years. The new management has made the structure feel very corporate instead of family feeling, just lists rules after rules probationary period when you pay but cant start kid yet etc. They cut off the late payment so if you can still go but pay late fre. Its no longer parent friendly and supportive. Super sad to have to leave , weve gone to TRC for over 6 years. Please bring Jill and Angel back....they made TRC great, they supported the parents!

We have done many sports over the years and coaches are great but having to go into the office and deal with the young lady with the attitude has left us seaking other options. Im not sure what her problem is but we will not go back

Great Jiu Jitsu program. Baseball is also (maybe depending on your coach and expectations) cant speak for the boxing, or a lot of the other programs, but I will say that we like the summercare program as well. Weve met several trc workers and fellow parents who we are glad decide to be in our boys life on a semi-mostly reg basis.

First, I will say that my boys play basketball and soccer through Turner Recreation, and they love their teams and coaches. Weve had wonderful experiences in regards to their youth sports program. This summer we decided to send our two boys to the summer childcare program, and it was HORRIBLE! Do NOT send your children to the summer program at Turner Recreation if you want them to be safe.Heres our recent experience:My 7-year-old is attending summer school this year and TRC advertised a special program that worked in conjunction with summer school. Upon receiving the field trip schedule, I noticed that TRC would be leaving early once a week for field trips. So I questioned the procedure for the summer school children, and the staff member could not answer. She said that she would ask her supervisor and let me know -- never got that answer from her.The day that summer school started, I spoke with a director to confirm that they knew my son would be arriving later and someone would be there to get him off the bus. She assured me, took down his name, and sent a text to all the staff. I asked again about the early field trip. She assured me that he would be fine and someone would be there to take care of the summer school children. That night I found out he got lost on the bus, but everything was closed, so I decide to only send him to TRC the next day until I can figure out what happened with the bus.I asked the director the next day if a staff member was out there to meet the bus and count the children as they got off. I was told that there was, but they never know how many children to expect. I told her that I had specifically spoken with a staff member and given them my sons name so that they would make sure he made it off the bus, and I was told that it is the bus companys fault that they drove off without making sure my son was dropped off. No one at TRC knew that he was missing until the bus driver figured out that he had missed his stop. Now how can TRC not know that my son didnt show up and was missing when I had spoken directly to a director only four hours prior? Even if you dont know how many kids are coming off the bus, you were specifically told to look for my child and ensure his arrival. Furthermore, why was I not notified the minute my son was missing, found, or even when my husband picked them up for the day?!The director did apologize for 1) losing my child on the bus, 2) not notifying me that they lost my child, and 3) for her staff member giving me incorrect information regarding the early field trips. However, when asked whether or not she had spoken with the other director about the wrong information, I was told that she hadnt had time yet. Now mind you, I had spoken to the director about the issue almost 5 hours earlier at this point, and she still had not talked with the director that was giving out wrong information. I get that people are busy, but how many other summer school families got wrong information? There was an early field trip that day. Why would she not immediately go ask the other director how many other parents received the wrong information so that she could possibly try to prevent children showing up later that day with no one to watch them?!Again, if you want your child to be safe, DO NOT send them to the TRC summer program. They are disorganized and have no idea how many children they are supposed to be watching -- which is a problem when youre taking children around town on field trips. It will only be a matter of time before a child is left somewhere; just dont expect to be notified when they lose your child.

We live in the community and love the activities that are available for our family!

This used to be an elementary school but after the school was moved to a larger building, this building was converted into a recreation center. It is a little small but has a full basketball gym, work out room, library and playground. It has a huge list of very affordable programs including children, teen and adult sports including basketball and volleyball. They teach swimming at the high school pool and have tumbling and dance classes as well. They have before and after school programs along with day camps and senior programs. They have an excellent Tsurouka karate class taught by the extremely capable Charles Boyce (if Im not mistaken at the time of this review he is a 5th dan black belt) . They have a golden gloves boxing club run by the experienced John Brown, and just started a Jiu-Jitsu class in Merriam. This rec center beats pretty much anything in the area and should not be passed up.

Love it staff is extremely nice and very helpful,!!

Not very friendly or inviting

Good for the childrens education.

Good programs but badly in need of better facilities