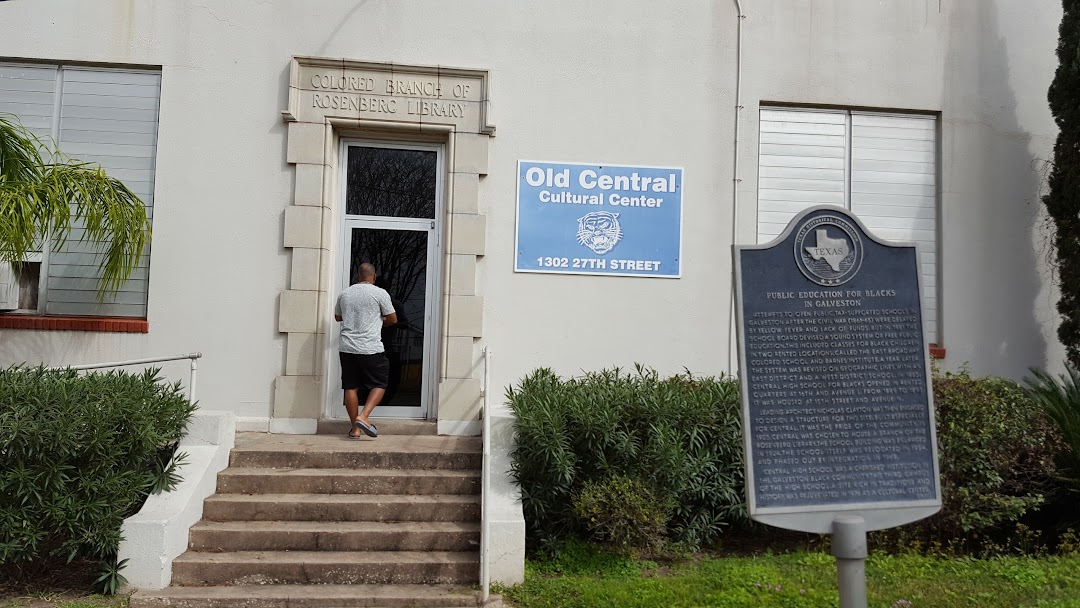 Had a great time seeing Sarah Grace snf and the Soul! It was nice utilizing an historic building for this venue.

Very impressive venue. I enjoyed the event I attended and the facility was nice.

Old Central Cultural Center, Inc. was established in 1974 in order to preserve the legacy of the first African/American high school in the State of Texas, which had been established in 1885. In 1893, Galveston’s most famous architect, Nicholas Clayton, designed a two-story brick building for the purpose of …”providing higher educational opportunities for Colored in a free public school in the city of Galveston, Texas.” In 1904, an annex to Central High School was built “…on a motion from Mr. Lovenberg, permission was granted to the Rosenberg Library Association to build an annex to the Central High School for a library for the colored people of Galveston…” Literally thousands of black Galvestonians graduated from Central High School before it was closed as the Galveston public schools were integrated in 1968. By the time the high school closed, it was located at its fourth site; a building currently used as the Galveston Independent School District middle school. However, as the late Dr. Leon Morgan wrote, “The city of Galveston and the black community look upon the third campus and its retained buildings as symbolic of the years when education for blacks was becoming recognized as a very important asset to the city. The site and building are rich in unique history and tradition.” The moving force behind the continued preservation and operation of the Old Central High School property at 2627 Avenue M is to ensure that this site which represents the first public high school and library for blacks in the State of Texas is properly maintained and financially stable in order to serve as a community center and to provide programs within the Galveston community.

Loved it! So much history about the 1st black high school in Texas!!

Worth a visit. Good historical data. Jack Johnson garden is a unique find

Had a good time at the 1968 pre 50th class reunion. Happy to see everyone enjoying them selves. We are so blessed.

This is history...I went to this school in the 6th grade..n the 60th..memories r forever..my children n grandchildren..have history via staff that worked this school in the 60th..I did not know..the tree would continue..at that time in my life..its like full circle of life..you must tour this historical site..Colored Library..Wow

Always a Honor to attend anything that relates to my heritage!!

The entire weekend was wonderful.

It is great for concerts, birthday parties or any big function

The lighting seriously NEEDS TO BE FIXED. EVEN WITH THE LIGHTS ON. IT WAS VERY DARK.

Ive had great visits and Ive had

B4 it was CCC, my mom & dad graduated high school from this historical institution.

It was hotter than it should have been

Galveston staple of the community

Great place to have a Event